I’d sum three up as bloody surreal. I mean, it’s all surreal but with each year, that feeling gets stronger. I think the distance makes the memories that bit more sketchy, and far less tangible.

Each year, we’ve approached Leo’s birthday differently. The first was messy – we were still in the depths of grief and had no clue how to even approach it all. The second was braver – we celebrated with friends and family. The third? We just felt the need to dial it right back, to switch off somewhat and take every ounce of pressure away. Even ‘good’ pressure. I’ve buried the urge to fundraise, start a new project, plan something big. It’s usually where my emotional energy takes me – but sometimes it’s more energy spent than earned, regardless of the good it creates.

I think our approach this year is mostly reflective of a really hectic few months. Moving house, starting a new job. All wonderful stuff – but noisy, time consuming, tiring stuff. Plus, the past year saw me come face to face and fight against PTSD. Each year presents different challenges in life and grief, and with that, I think it’s only fair to change and adapt. Equally, we’ve learnt what works for us and how sometimes what we want to do isn’t always the most ideal thing for our emotional capacity!

The timing of Leo’s birthday so soon after Christmas often means we feel a bit overwhelmed in trying to balance it all out. So Leo’s birthday gets a tad left until after we have the headspace to contemplate what we’d like to do. We always book the week off work (emotionally needed) so this year we decided to last minute book a week away in Wales. And it’s been perfect.

We wanted to just get away – from life, from pressure, from noise, from whatever. The things that help us; quiet, the sea, the coast, a walk, not having to think too hard. And that’s exactly what we got and what we gifted ourselves this week. 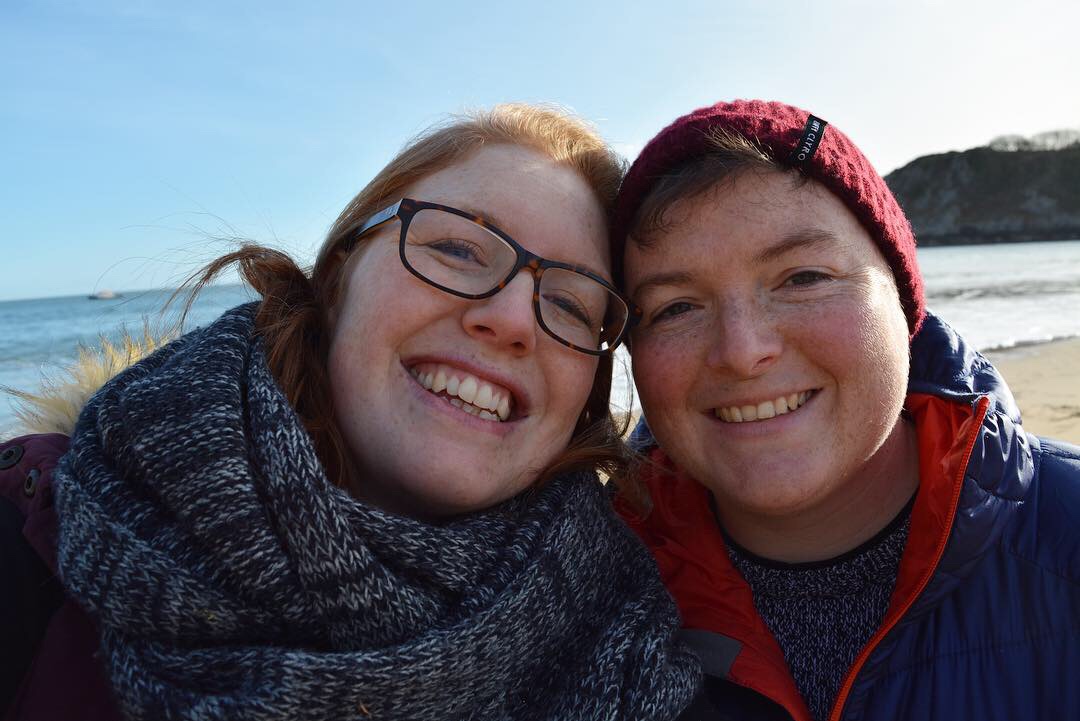 We stayed in a gorgeous little cottage called Oysterbank in a tiny village called Llangwm, in Pembrokeshire, Wales. It was simply, perfect. Comfortable, simple, with everything we could want or need. Perfect for Eli. Perfect for us.

We dined on 3 for £7 Marks and Spencer’s Ready Meals and chocolate digestives all week. We didn’t cook a thing that took longer than three minutes in a microwave! The Wife made a fire every night, we had Leo’s candle burning and we binge-watched Harry Potter. We stayed in every morning until after Eli’s nap and included a beach trip in our daily activity. Minimal effort, minimal thought, maximum comfort.

It might not be the way for some, but for us – being kind to ourselves and making life easy is what we needed and it meant that actually the pressure didn’t overboil and emotionally – grief was kind. Of course there were tears. Our son died three years ago. But those tears didn’t flood. They just were.

As we were away for his birthday, we

visited Leo before his birthday to take and read out his card. We took him a (giant!) balloon but it was far too windy to leave so it came home with us. For two years now, we haven’t gone to his grave on his actual birthday. On some level, it sounds heartless. But it’s actually more than okay. It has to be okay to do these things our way – after all, we’ve had a whole week for him. 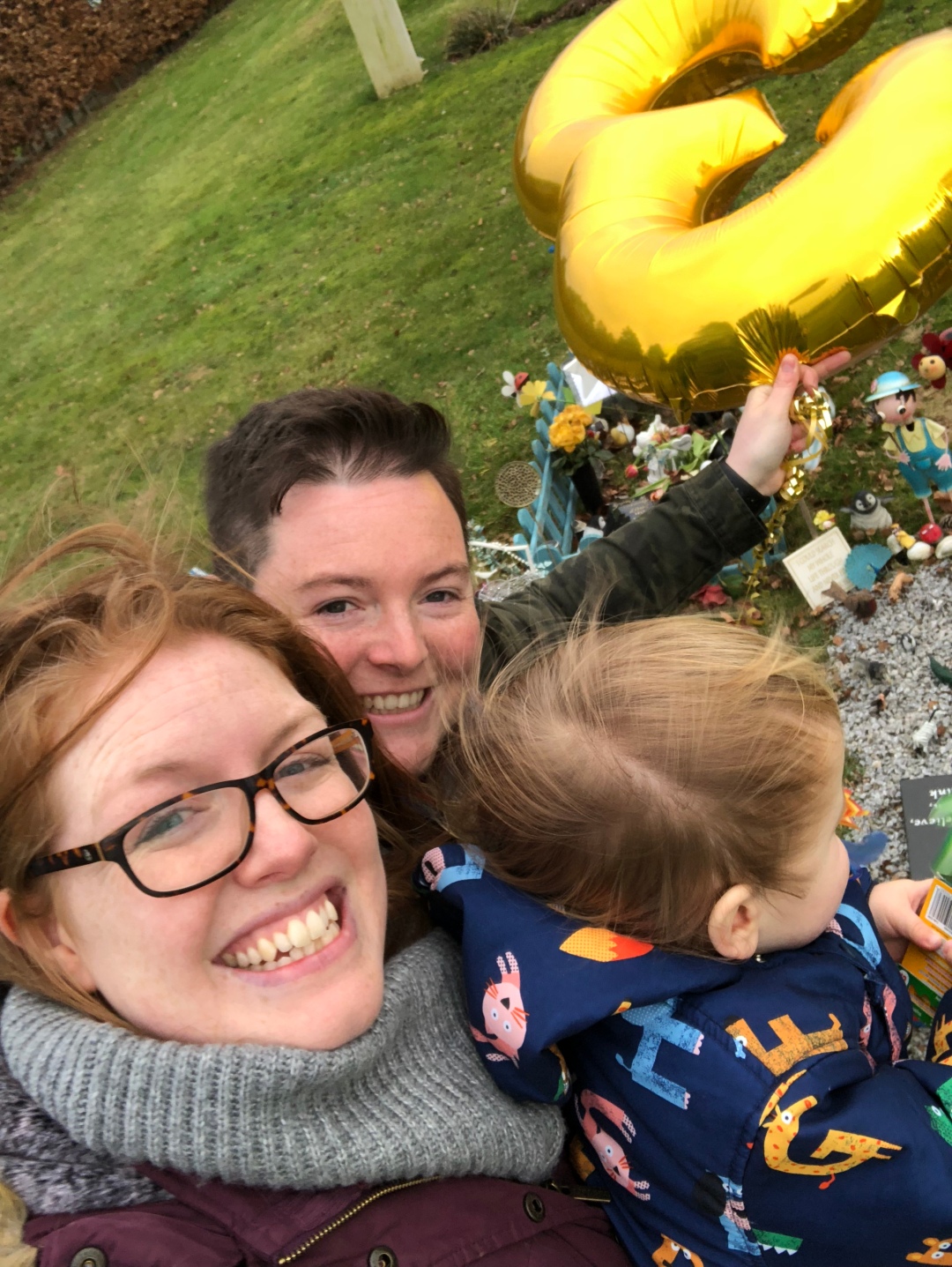 Before we went, we also baked Leo’s birthday cake. Something we have done each year. It is never without some emotive pressure but as long as you don’t look at the icing on the back, and I don’t think too hard about it all – it’s a really enjoyable part of his birthday. I was actually pretty pleased with this year’s efforts. We had it early and managed, again, to have it at the beach despite the wind! 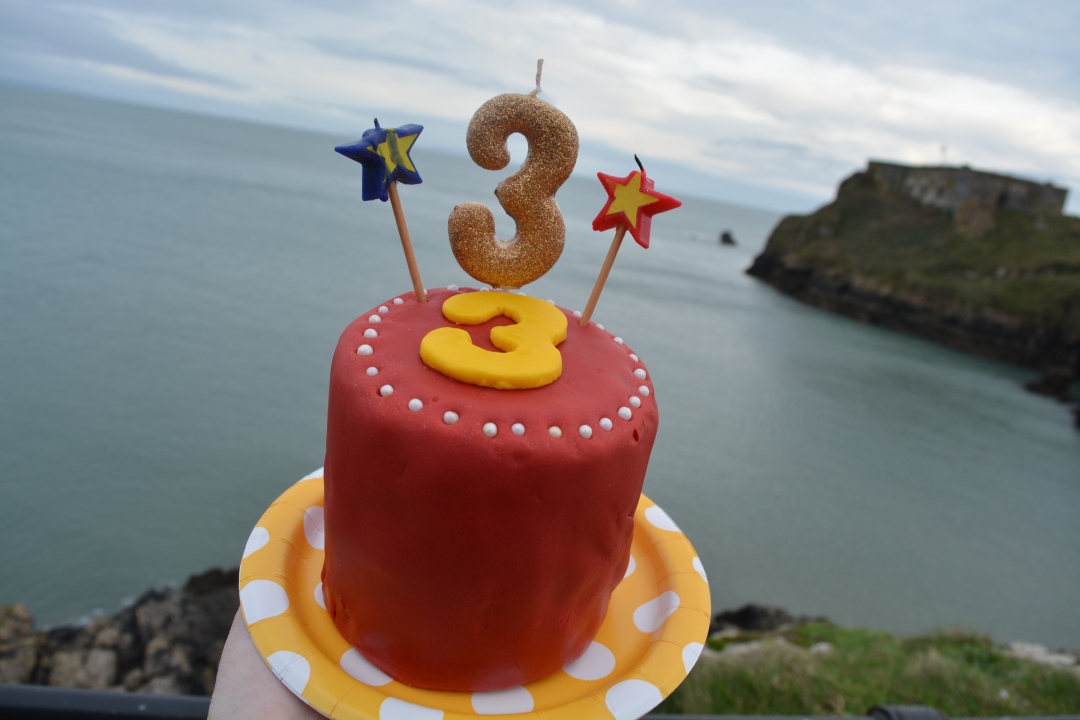 We had some really wonderful days out in Pembrokeshire. We visited Dyffryn Gardens on the way for some lunch and a short walk, and then headed to our cottage. We cashed in a Christmas present from my sister and had a day out at Manor House Wildlife Park to see some animals – a bit of a Leo tradition. We visited Tenby afterwards, where we had Leo’s cake.

The next day we visited St David’s Palace and Cathedral that many people had recommended. We got so lucky with the weather as it was our worst forecast all week. We lit Leo and his birthday and name twin, The Other Leo, a candle in the Cathedral. We then visited Whitesands Bay at sunset and wrote his name on the beach. It was beyond stunning there! So glad we got there for golden hour – especially as it tipped it down as soon as we got back in the car!

On Thursday, it was his birthday. It felt a tad bit of an anticlimax – in the most ridiculous way. We usually get up and road trip to the coast for his birthday, but we were already on holiday, we’d eaten his cake, and had no little over excited boy running around the place. It just didn’t have that birthday morning feeling – until The Wife got his leftover cake and relit his candle. So we said Happy Birthday and blew out his candle together. 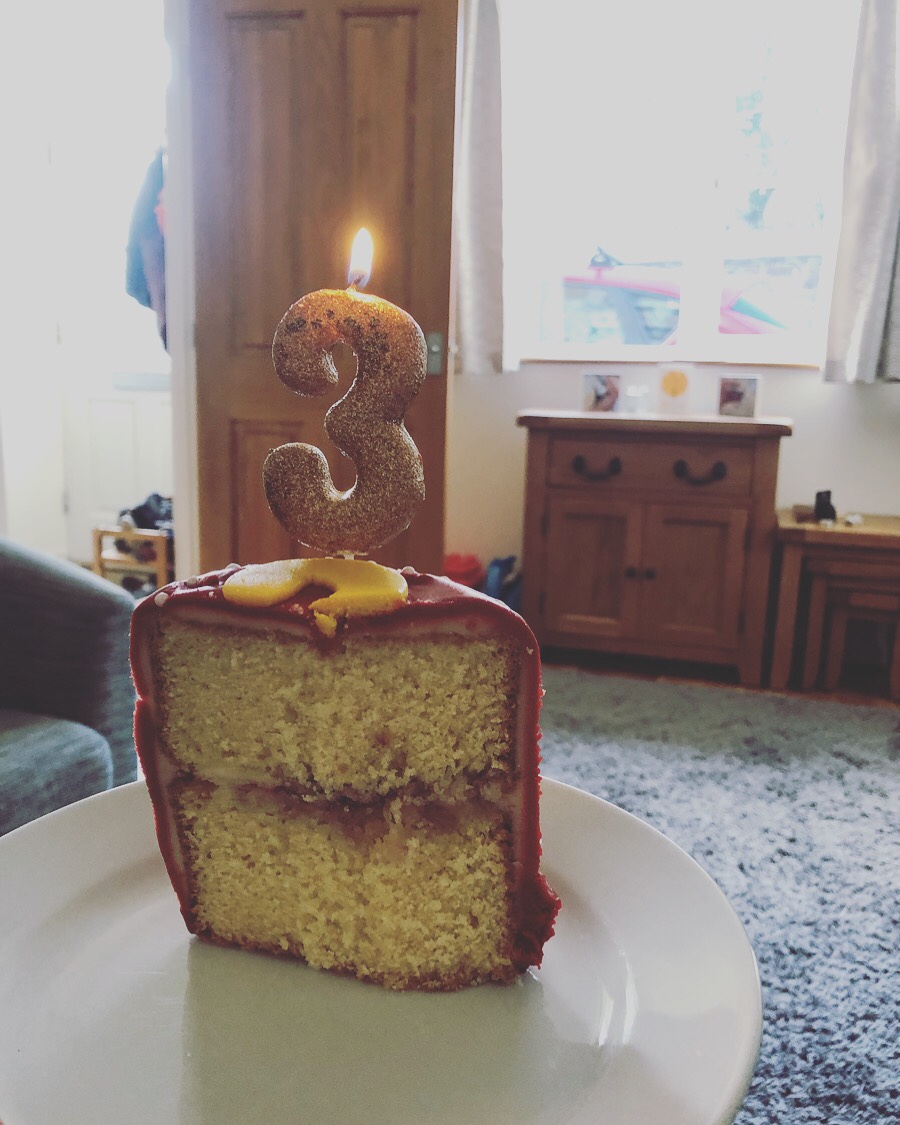 We then headed to Stackpole – a National Trust site with the best beach in Wales, Barafundle Bay. Perfect for our boy. And the weather was just incredible! A true, classic ‘Leo Day’ – blue skies, crisp air, sun shining. It was nature at its best. So so wonderful to be surrounded by such amazing sights for him.

We had his birthday card up all week and we decided to take it out with us for his birthday to take some ‘Leo pictures’ with it – I really loved the idea that we’d be able to get some new pictures that we’d always know were from his third birthday.

Taking Leo photos, writing his name, using his footprints – all something for our collection, a record that that moment, that day trip, or that holiday – was for him. He may not be here, but we can still do things for him, and have him as an active part of our little family of four.

We will also celebrate his birthday with family on Sunday and make more memories for Leo. Keeping it casual, but finding a way to get together is the perfect balance for us right now.

I’ve felt the calmest around Leo’s birthday this year, than I ever have before. It’s felt like it’s been bubbling, we’ve had wobbly moments, but most of all – I’ve felt calm, at ease and able. And I think a lot of that is down to us taking the opportunity to be kind to ourselves.