Making Sure Parent’s Voices Are Heard | Lee, Press & PR Officer at SANDS for the #ItStillTakesAVillageBlogSeries

Welcome to the latest addition to the It Still Takes a Village – Working in Baby Loss Interview Series where we take a closer look at those who dedicate their day to day to preventing baby loss and supporting those affected. You can read more interviews, here. 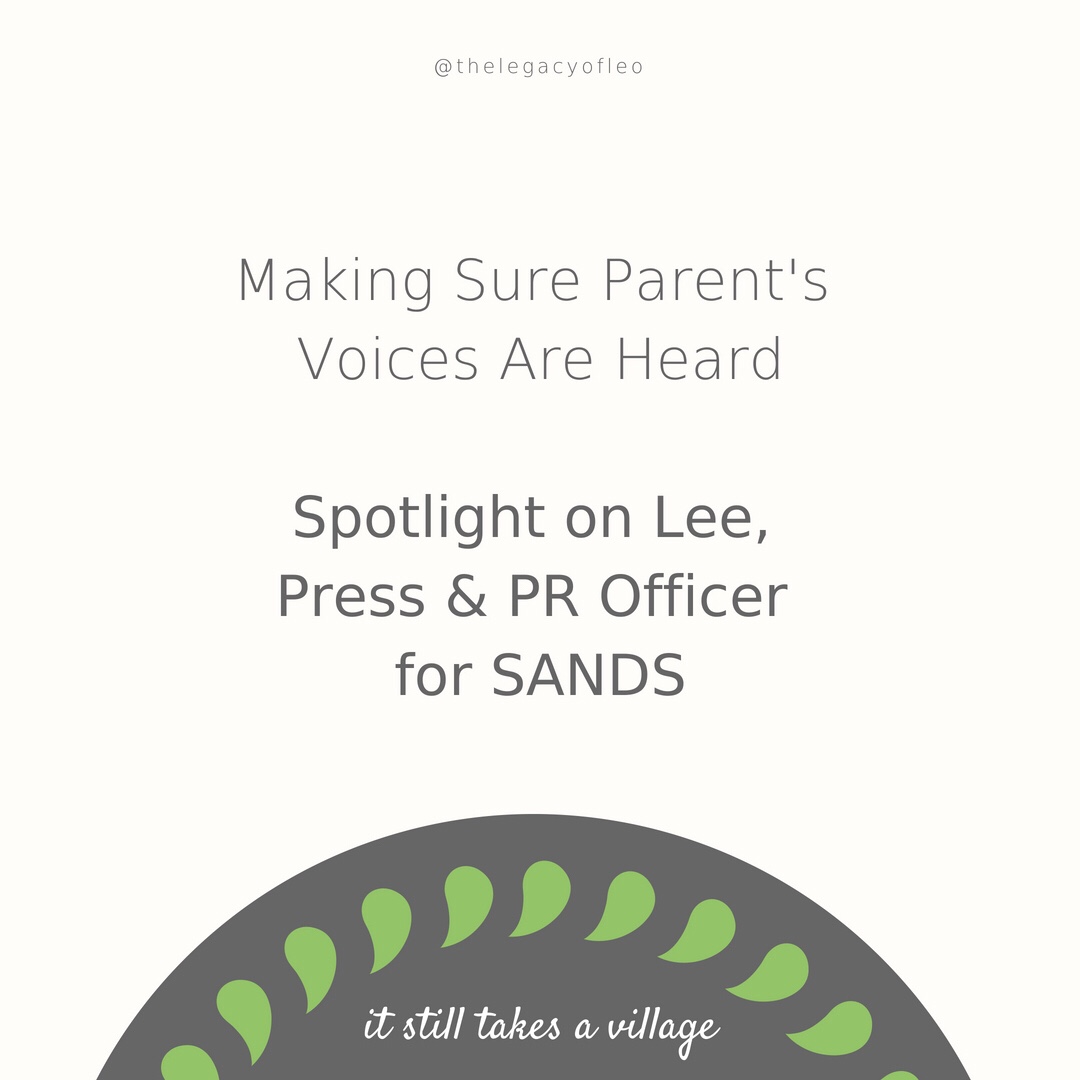 If you sadly experience a stillbirth or neonatal death, the first place you are often signposted to is SANDS. This year, SANDS, the Stillbirth and Neonatal Death Charity, celebrated their 40th year. Its incredible to think about all the progress that has been made on both the prevention and bereavement care sides of baby loss since they began – and whilst there is still so much more to do – we should all be thankful that they exist. For this spotlight, I’d like to introduce you to Lee from SANDS… 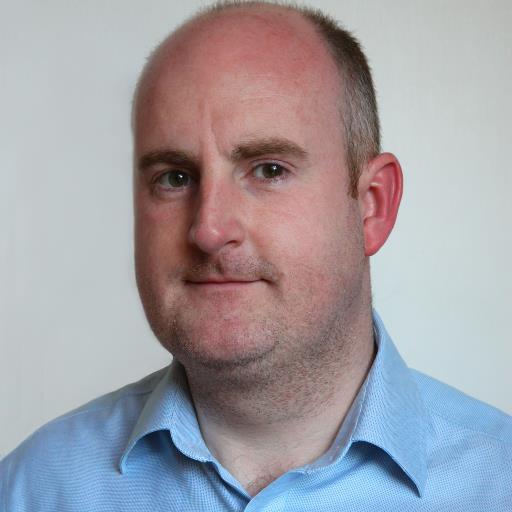 So, to start us off, please can you let us know a little about your current role?

I’m the press and public relations officer at Sands (stillbirth and neonatal death charity) and I work at their head office in Victoria, London. I’ve been working at the charity since October 2016.

There is no such thing as an average day when you are a press officer, but when I arrive at the office I normally check my emails and answer any urgent enquiries from the media, bereaved parents and colleagues.

I then take a look at major news websites and social media sites to see if there are any stories connected to baby loss that I can share with colleagues. This is important as bereaved parents could call our Freephone helpline as they have been affected by a news story they have read or watched a TV programme for example.

What are you currently working on? Is there a particular project or aim that you’d like to share with people.

What motivated you to do the job/role that you are doing now?

I have family who have been affected by stillbirth. I also wanted to be part of a charity that makes a real difference. Within the first couple of months at Sands I could clearly see what an amazing charity it is. We try to make sure that parents’ voices are heard which I think is very important.

In what ways does your current job/role allow you to get involved in the baby loss cause?

I mainly support bereaved parents by listening to their stories and providing them with a safe place to share their story. Re-living one of the most devastating times in your life can be extremely difficult and painful.  I regularly receive enquiries from journalists asking to speak to bereaved parents, and I put the two parties in touch with each other. This could be from a newspaper, magazine, radio or TV station. I always listen carefully and offer support where I can, and also refer bereaved parents to our Freephone helpline for further support.

“Within the first couple of months at Sands I could clearly see what an amazing charity it is. We try to make sure that parents’ voices are heard which I think is very important.”

What are the biggest frustrations or constraints that you face in supporting those affected by baby loss or preventing baby loss in the first place?

I haven’t experienced or faced any frustrations or constraints.

Do you think that Baby Loss is still a taboo, and if so, why? Do you encounter issues with it being a taboo in your day to day work?

I think sometimes people shy away from the subject of baby loss because they simply don’t know what to say or do to help when faced with a friend or colleague whose baby has died. For this reason Sands launched a #FindingTheWords campaign during Sands Awareness Month in June. The campaign demonstrates there are simple things you can say and do to help. For more information visit: www.sands.org.uk/get-involved/sands-campaigns/finding-words

I do think the subject of baby loss is taboo. It’s sometimes not a subject people want to talk about as they find it upsetting. I once set up an interview with a bereaved mother and a national magazine journalist. She told me she thought her friends didn’t really understand how she felt when her baby died and didn’t really want to talk about it. When the interview was published she shared her magazine interview with friends, and they said they now have a better understanding of her experience.

Who else do you work alongside in terms of baby loss support or prevention? Are there any charities that support you, or perhaps a colleague/volunteer that you couldn’t manage without?

In my work I know some amazing and brave bereaved parents who I can call upon at short notice if I receive an urgent enquiry from a journalist requesting an interview. Without their help, I couldn’t fulfil my role of raising awareness of stillbirth and neonatal death, and reaching out to bereaved parents and their families via the media.

My colleague Erica who is Sands’ Bereavement Support and Awareness Specialist is also a great help as she is a bereaved parent herself, and is experienced in talking about baby loss on national TV and radio. Erica has also taken part in a number of media interviews I’ve organised.

“I read many emails from the recently bereaved to a hand written letter I’d received from a mother whose baby died in the 1950s.”

When the job/role is hard, what one thing reminds you to keep on keeping on?

Sometimes my role can be hard. For example, we recently asked for bereaved parents to share their story to help commemorate Sands’ 40th anniversary.  We received many replies and I spent a few days reading stories and thanking parents for sharing.  I read many emails from the recently bereaved to a hand written letter I’d received from a mother whose baby died in the 1950s.

I know though from the positive feedback I‘ve received from parents that the small part I play in telling their stories in the media really does help them to talk about their loss. That keeps me going knowing I can help in that way.

We are in a shift change with the understanding and awareness of baby loss. What would you say to someone just starting out in a job/role associated to baby loss?

I would say that if you have not experienced the death of a baby or know anyone personally who has, it takes time to understand the real sense of loss and how everyone experiences grief in different ways. I found it very useful to meet with as many colleagues as possible when I first started at Sands.

I’d also advise anyone starting out in a new role to meet bereaved parents themselves. I’ve attended Sands’ Lights of Love services in December, and also volunteered at the charity’s annual remembrance service in the Sands Garden at the National Memorial Arboretum.

It’s likely that a newly bereaved parent is reading this. What would you like to say to them?

You are not alone. If you need support, please do get in contact with Sands by calling the Freephone Helpline on 0808 164 3332 or email: helpline@sands.org.uk There are over 100 Sands support groups in the UK which are run by bereaved parents for bereaved parents. You are more than welcome to drop in to your local group meeting for a cup of tea and a chat.

You can also join Sands’ online community forum to talk to other bereaved parents online. Sands is here for whenever you need us and for however long you need us. To find out about the many ways we can support you, visit: www.sands.org.uk/support

“I would say that if you have not experienced the death of a baby or know anyone personally who has, it takes time to understand the real sense of loss and how everyone experiences grief in different ways.”

We have some ambitious targets for baby loss currently in the UK. What are your specific hopes for the future in terms of maternity and baby loss?

I hope that the number of babies that die every day will decrease significantly. I also hope that in the future every NHS hospital in the UK will have a bereavement suite, and parents will receive support from a bereavement care midwife when they are given the devastating news that their baby has died.

Thank you so much for taking part in this interview series. Lastly, before we finish – Is there anything else about you or your job/role that you’d like to let people know about?

My role varies from day to day and I’m often faced with the short deadlines of journalists when they call the press office. Sands also provides an out of hours service for the media, so I’m often on call on evenings and at weekends.

I also support and provide advice to bereaved parents who are taking part in media interviews, and reply to enquiries from journalists who contact our local support groups directly.

To continue to follow the word of Sands, visit the links below: 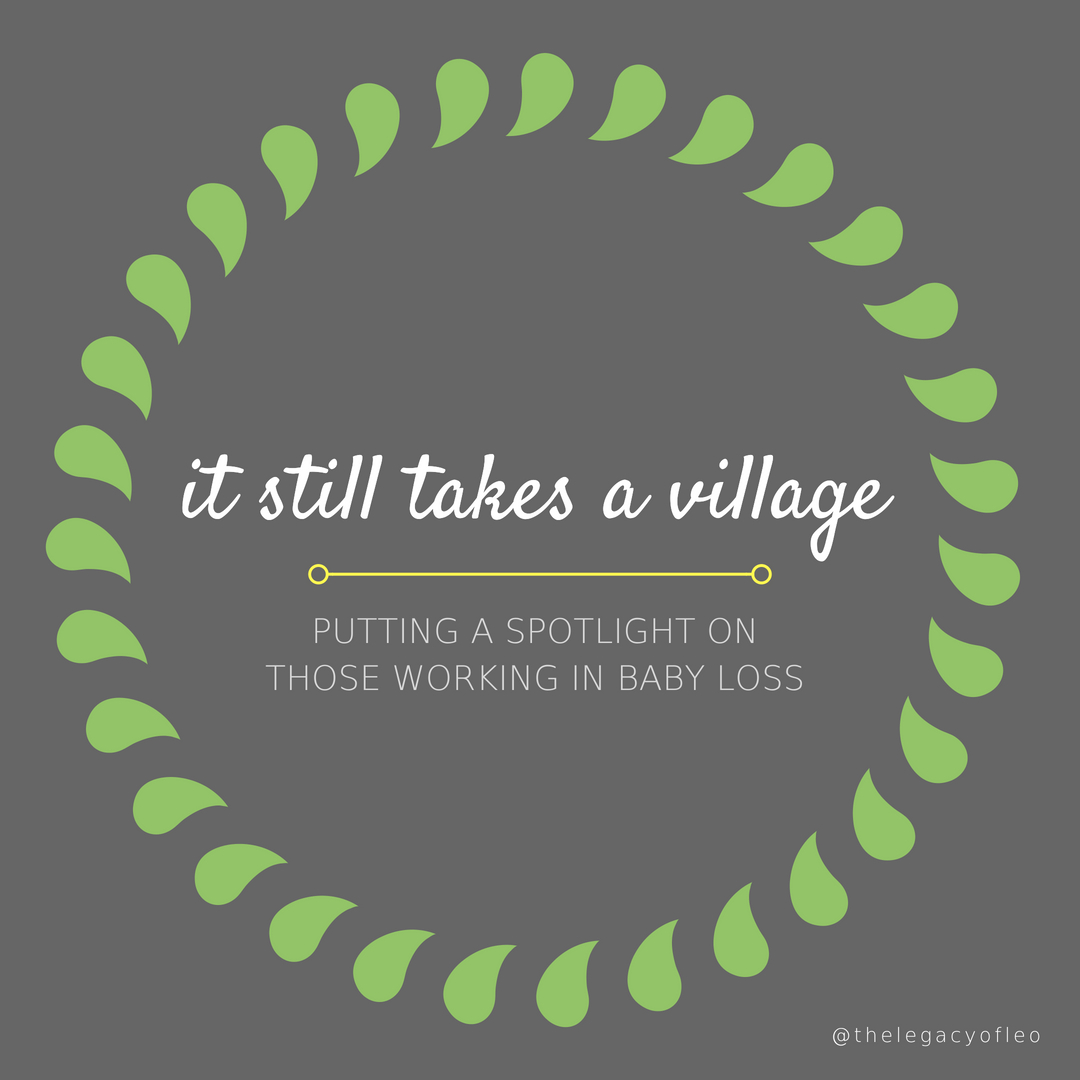 This blog post is part of an ongoing spotlight on those working in baby loss. To read more from It Still Takes a Village series, visit the hub page here.

Follow The Legacy of Leo on WordPress.com
Join 2,716 other followers