I was going to avoid writing about New Year.

I found Christmas unexpectedly difficult. It seemed best to avoid too much New Year reflection.

Yet, I’m sat in bed at 8:30pm, reflecting on 2017, and it feels that we at least deserve to recognise our achievements of this year.

So much of who we are and what we do, and how we act, what we say, and what we think reflects what happened to us that day, and the days, months and now years that followed. Leo changed us, of course, as did his death. They aren’t the same thing – but his life and his death have both had a profound effect on us.

As a result, and with the challenge that is fertility treatment, miscarriage and pregnancy after loss, the past two years have been lived day-by-day, moment-by-moment. The future didn’t really exist. It, at times, felt too overwhelming to consider what tomorrow might bring.

Yet, when you live day-by-day, life almost feels stationery. Until its New Years Eve, and you look back on 365 days of day-by-day and you realise how much has, well, moved.

I still very much relate to what I wrote, but I can hear how much I have changed. Most of what I write is written in the moment of emotion – so, its hard to separate the words from the feelings of the time. I guess that’s what blogging is all about for me after all.

This time last year I was edging out of the first trimester in my third pregnancy. It was intense. Incredibly challenging. I had just finished a phased return to work. Waiting for a referral to the Tommy’s Rainbow Clinic. Eye rolling at peoples congratulations. In the depths of despair about how to celebrate Leo’s first birthday, whilst recovering from the unthinkable concept of Christmas without him. Just starting to feel tiny flutters of movements, and simply, loosing my shit. Pregnancy after loss is HARD. Its coupled with grief, the everyday challenges of life after loss, and manifests itself into suffocating, crippling anxiety. Like I said, its HARD. 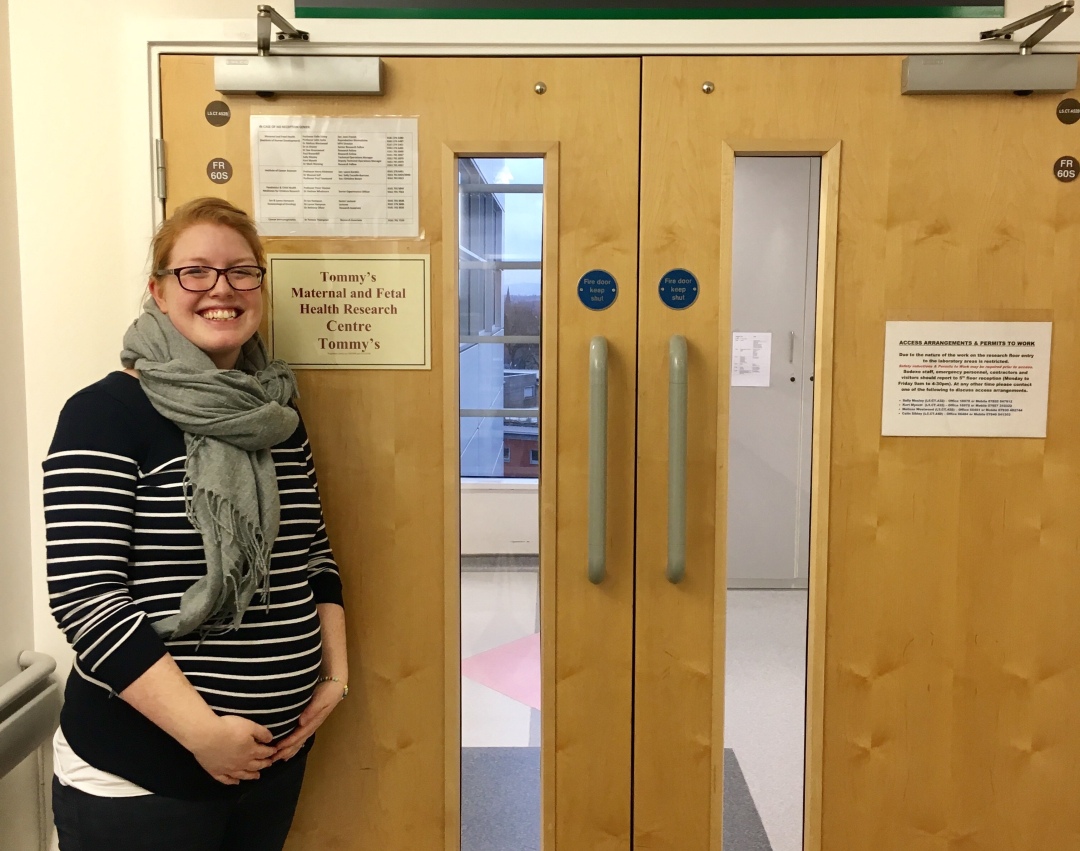 When I look back at 2017, my initial thoughts regarding Leo are that he doesn’t belong to 2017, like he did 2016. I didn’t hold my first son this year. I didn’t get to see his face. I visited his grave, yes. I wrote his name, yes. But physically, Leo wasn’t apart of 2017 like he was 2016, or 2015 even. And that, if I think too hard about it, sucks. It sucks, because no year will have Leo like 2015 and 2016 had him. Those times are forever in the past. The future is hard enough to believe in after loss, that just makes it feel even bleaker at times.

Yet, 2017 gave us so much. A year of two halves – two complete opposite halves in emotions and intensity. It doesn’t feel like they could ever be part of the same year. Since Eli has been born, of course we’ve had our challenges as any newborn creates, but he has given us so much joy, and laughter, happy tears, and hope, and colour. He has developed into a characterful little six month old, who is content and loving life. So, in our own version of the saying, I guess we could say 2017 has been the best year. Or at least the second half of it has.

I struggle with this saying, only because ‘the best year’ is a hard concept when one half of you is missing. But I reflected and reasoned today, that its just another part of the new normal – we can have our version of the best year. Its our best as our little family, not anyone else’s, it doesn’t have to compare. Our best of anything will always contain grief and missing for Leo – that massive gap in our family can never be filled, and can never be forgotten. We can feel content that we worked hard this year, and we deserve to feel proud of it.

In terms of all things Leo, we fundraised galore (£23,109 is our full total now), we surpassed our £5,000 Tommy’s target (£5,873.90), The Wife and her dad did Ride London and Bike Oxford and today’s Santa Ride, cheered on Leo’s Auntie in a Half Marathon, and our friend at a Colour Rush, we hosted the Leo for Tommys Virtual Step Challenge, as well as our first every auction which was a huge success. I was nominated for a Tommy’s Mums Voice Award (and lost graciously to the incredible Michelle), as well as a Butterfly Award for Blogger. We celebrated and created memories for Leo’s first birthday (something I really, really struggled to understand how we ever could) and we’ve visited London, Chester and Whipsnade Zoo. I have shared our story with staff at the Manchester Hospitals as a patient of the Tommy’s Rainbow Clinic – something I really want to do more. I have volunteered (not enough though) for Aching Arms and MAMA Academy, raised awareness for Tommy’s Sleep On Side campaign, shared our story as part of the Stillbirth Stories launch, and appeared on ITV, CH5 and Radio 1 Newsbeat talking about Stillbirth. I have also written for Letters to Loved, and the Early Hour – again, something that I would love to do more. We also attended the Remember My Baby exhibit, and added a square to their baby loss quilt. And more recently, we took part in our second #AdventForLeo, and invited others to take part as part of the first of many #AdventToRemember. 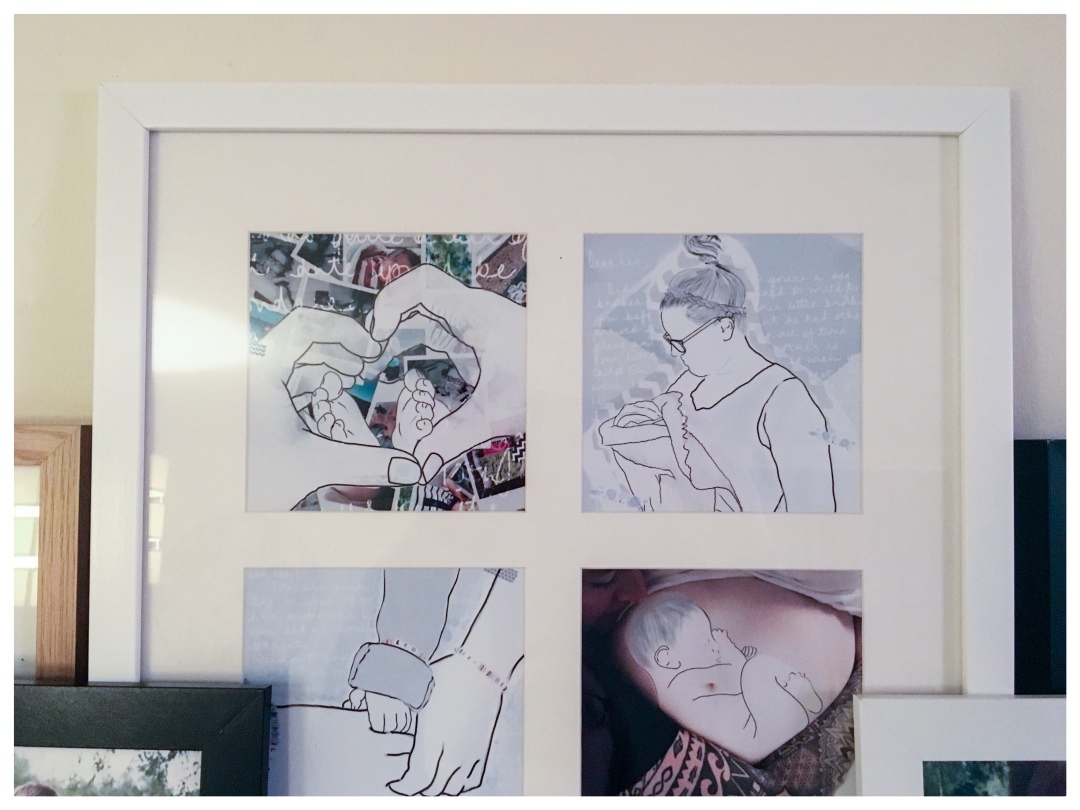 We have done all of this, whilst struggling through a pregnancy after loss, blogging our journey for Pregnancy After Loss Support, referring ourselves to Tommy’s Rainbow Clinic, attending Reading Lifeline support groups as further support, monthly scans, and all the appointments in between, a hospital admission at 35 weeks, and an induction at 36 weeks, for Eli to spend three nights in HDU, and his first week in hospital, the woes of breastfeeding, caring for a newborn and learning how to parent a living child, whilst honouring the one who came before.

And then all the life stuff that happens alongside, like house moves, new jobs, family, friends. After all, living isn’t just about Leo and Eli. We do have other stuff to balance too. And sometimes it doesn’t work well, other times it goes okay.

2017, I think the only two words that sum you up are EPIC and INTENSE. I am proud. Proud that we have pushed through another relentless year. Proud of the people who still stick it out with us, who get us through, give us hope, and remember Leo whilst loving Eli.

I am also proud, that after two years of living day by day, I am starting to see past the immediate future. I am looking to 2018 with hopeful ambition. I don’t like resolutions, any failures of this year are not something I wish to hold regret for (there is enough regret in my head), but I do feel like having goals and ambitions gives me much needed motivation. And hope. And plus, I can’t sit idle, especially when I’m not working. I need to be ‘working’ at something – projects are my game.

So for 2018, for Leo, I am starting  #BabyLossHour on Twitter (starts Tuesday, 8pm, come along and join in), to mark his second birthday we will begin #ALeoBitOfKindness (more details coming soon), I’d like to do another Auction, hopefully hit at least £25,000 in fundraising, with our next Tommy’s goal of £10,000 (not likely this year, but at some point), and another £1,000 to MAMA Academy to get a brick on their Wall of Hope. We will also look to grow #AdventToRemember in December, after such a fulfilling first year. Also, I’d love to be able to share Leo’s story wider as a patient stories, volunteer more with charities, and somehow sneak in the back of something official for Baby Loss Awareness Week.

For me, I am taking part in Country Walking’s #Walk1000Miles to give me and Eli a bit of extra motivation to get out of the house now that The Wife is back to work. As well as this, I am going to do the #YWATRUE 30 Day Yoga challenge for January to re-kick start my Yoga habit (If you are gonna yoga at home, do it with Adrienne), which is beyond needed right now. And I wouldn’t mind shaking the two stone that Eli kindly forgot to take with him when he left me. I know it all sounds very ‘New Year New Me’ but I promise, that isn’t the aim at all – I don’t want to, nor can I, fully change me. But I do want to return to my pre-Leo health, for my own and Eli’s benefit in the long run. I’d also quite like to fit into more than 1/8th of my wardrobe… I have some really pretty dresses in my wardrobe, collecting dust!

You’ve taught us that it pays to be hopeful, even when that hope is just a flicker.

You’ve taught us to face fear, to be open, and honest, and that help is out there – you just have to find it.

You’ve taught us that many people are truly kind, and those people are the ones you should hang on to.

You’ve taught us still that death does not separate us from loving someone.

You’ve taught us that light and dark can meet, and somewhere in the middle is colour.

You’ve taught us so much. I’ll go to sleep (most likely long before midnight) and feel proud of where we have got to, after two years of battle. It isn’t always easy, it is still very much a challenge, there are still plenty of tears, a bundle of anxiety, a unrelaxed and sometimes muted joy, but the balance is slowly getting kinder.