Welcome to the latest addition to the It Still Takes a Village – Working in Baby Loss Interview Series where we take a closer look at those who dedicate their day to day to preventing baby loss and supporting those affected. You can read more interviews, here.

For this edition of the blog series, we meet Sharon Darke. I’ve been aware of Sharon’s role as a Bereavement Group Co-oridnator for TAMBA mainly from Twitter – but also met her at one of our very first SANDS meetings back in 2016 (and have only just realised this!). She is regularly signposted to parents of multiples during Baby Loss Hour chats, and I’m delighted to have her work spotlighted today.

1. So, to start us off, please can you let us know a little about your current role? (What is your job title, where do you work, how long have you been doing it, and what does an average day look like etc.)

I coordinate the Tamba Bereavement Support Group. I began befriending for Tamba a year after my own twin boys Charlie and Joshua died. I befriended on a voluntary basis for many years until I was asked to take on a part time role in Sept 2015. I work 28 hours a month for Tamba. I talk to people on the phone who have lost their twin/ twins/ triplet or triplets and match them up with one of our befrienders. We also have a secret Facebook group which I monitor and add people to, and I email many people about the support that Tamba can offer. Generally in a day I will have a few calls to make, lots of emails, a catch up phone call with Louise who works in the office and helps me with the bereavement group. I try to go into the Tamba office occasionally but I mostly work from home.

“I find it such a privilege that people want to tell me about their precious babies and share their experiences with me.”

2. What are you currently working on? Is there a particular project or aim that you’d like to share with people?

We have just updated our bereavement booklet and I am really pleased with the resource. We can email it out or send out a hard copy. It can also now be downloaded directly from our website here.

We also recently held our first memorial meet up in London. It was a beautiful day and we hope to hold it regularly. 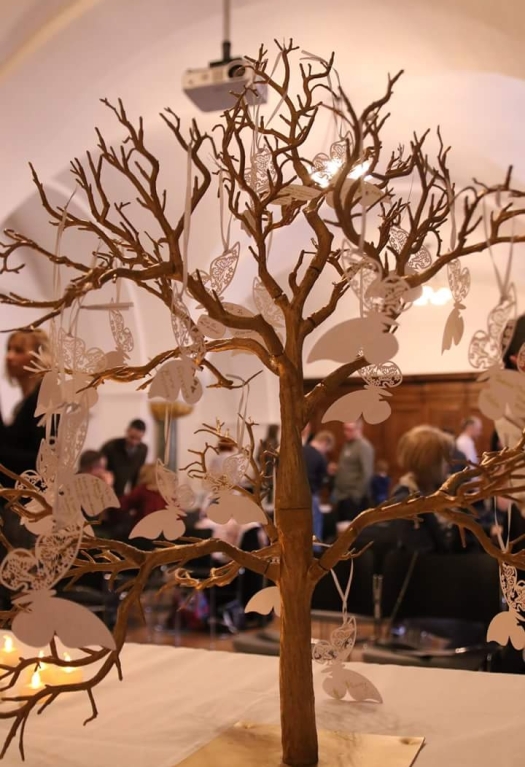 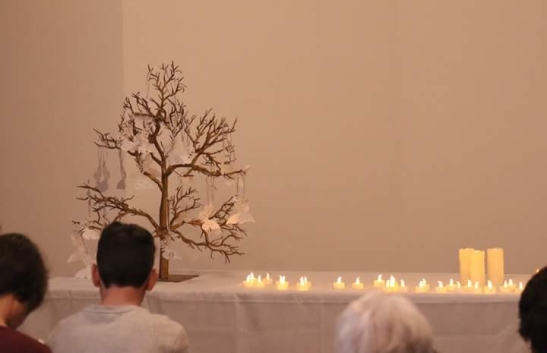 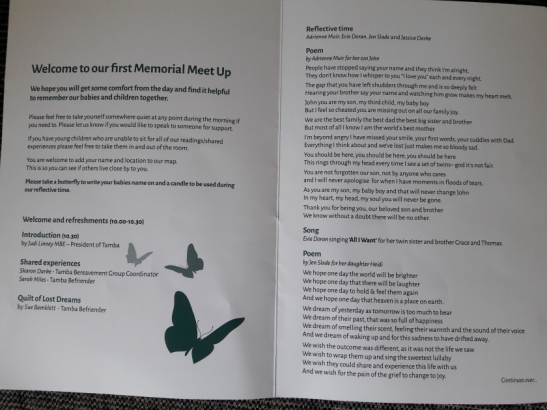 3. What motivated you to do the job that you are doing now?

When my twins died in 1999 I contacted Tamba shortly after and was put in touch with a befriender. She was the first person that I ever spoke to who had also lost a twin and I felt much less alone. We continued to chat and email regularly and she helped me so much. I decided to become a befriender myself after the first year and found the role very rewarding. I wanted to give something back and help others as someone had helped me. I love my job as a bereavement coordinator. I find it such a privilege that people want to tell me about their precious babies and share their experiences with me.

4. In what ways does your current role allow you to get involved in the baby loss cause?

Tamba generally as a charity is involved in all aspects of having twins but my role specifically is only around baby loss. My role is predominantly support once people’s babies have died and that is what I am passionate about but Tamba are also involved in many areas of research looking at preventing these deaths. As mentioned earlier, most of my work is with bereaved parents themselves but I do also have some communication with health professionals to raise awareness of our bereavement group.

5. What are the biggest frustrations or constraints that you face in supporting those affected by baby loss or preventing baby loss in the first place?

My only frustration really is not having enough time to do all that I would like to do and I guess that still so many people lose babies from multiple pregnancies, although this has recently reduced thankfully.

“Mostly people just want to feel less alone and speak to someone who understands.”

6. Do you think that Baby Loss is still a taboo, and if so, why? Do you encounter issues with it being a taboo in your day to day work?

Yes I definitely think that Baby Loss is still a very taboo subject although I feel that there are many charities including Tamba that are working hard to change it. I personally found it so important to talk about my twins and say their names but it was difficult at times. 18 years later I still very much make sure that I keep their memory alive as much I can. We have people come to Tamba for support at differing times throughout their grief journey; some straight away- even before the funeral sometimes, some a few months later, some around the first or a subsequent anniversary and some many years later. Mostly people just want to feel less alone and speak to someone who understands. Support from friends and family can be great initially but somehow I feel that we are expected to move on after only a few months. People speak to you less and expect you to be getting ‘back to normal!’ Our bereaved parents can chat to our befrienders or link up on Facebook with people who also want to talk about their babies, who say the right thing and mostly who understand.

7. Who else do you work alongside in terms of baby loss support or prevention? Are there any charities that support you, or perhaps a colleague that you couldn’t manage without?

Tamba works alongside many of the other baby loss charities particularly the ones involved with Baby Loss awareness week such as Sands, Lullaby Trust, Arc, Miscarriage association etc. My colleague Louise Bowman at Tamba helps me to run the bereavement group and is so supportive of the group as are the rest of the staff.

8. When the job is hard, what one thing reminds you to keep on keeping on?

I just think of where I am now in my journey and how others, particularly Tamba helped me and I want to be able to help others in the same way. Despite having really sad calls with all the people I speak to, I generally come off of the phone thinking that at least one thing I have said will have helped them in some little way, which I really hope is the case.

9. We are in a shift change with the understanding and awareness of baby loss. What would you say to someone just starting out in a job associated to baby loss?

I would just say be understanding and be honest. If you don’t really understand how someone feels because you haven’t had the same experience then be honest and say so, just be that listening ear and always refer to their babies by name if you can.

10. It is likely that a newly bereaved parent is reading this. What would you like to say to them?

Take each day at a time and do not expect too much from yourselves, take the support that helps you and remember that there are lots of people that care. Be selfish and do what helps you, everyone will understand. The thing that helped me the most was being able to talk about my boys to people who wanted to listen.

11. We have some ambitious targets for baby loss currently in the UK. What are your specific hopes for the future in terms of maternity and baby loss?

My hope is that the numbers of babies that die keep decreasing and that the risks with multiple pregnancies specifically are reduced.

“If you don’t really understand how someone feels because you haven’t had the same experience then be honest and say so, just be that listening ear and always refer to their babies by name if you can.”

12. Thank you so much for taking part in this interview series. Lastly, before we finish – Is there anything else about you or your job that you’d like to let people know about?

I love everything about my role at Tamba and feel so lucky to be doing something that is so heartfelt. My boys, Charlie and Joshua, have allowed me to meet and talk to some amazing and inspiring people which I would have not otherwise crossed paths with. I am very proud to be a twin mummy and to now work with Tamba.

This blog post is part of an ongoing spotlight on those working in baby loss. To read more from It Still Takes a Village series, visit the hub page here.