When Life Gives You Lemons, but You Hate Lemonade

When Leo died, one of the first ‘plans’ we made was to get away from it all, and go on a holiday. We discussed going somewhere that wasn’t already on our list, because we actually wanted to enjoy going to those places, and also somewhere we’d probably never go again, but could if we wanted too. The delicate balance of protecting your heart in the early days of raw grief, when you don’t even know what sort of holiday could hurt your heart.

Anyway, it never happened. Until this weekend. We went to Devon, by the coast. A cheapy holiday with no real plans other than to go a write Leo’s name in the sand. Oh, and buy windmills. Because when you have a dead baby – windmills and writing his name in the sand is literally what you live for. And the coast has better windmills. 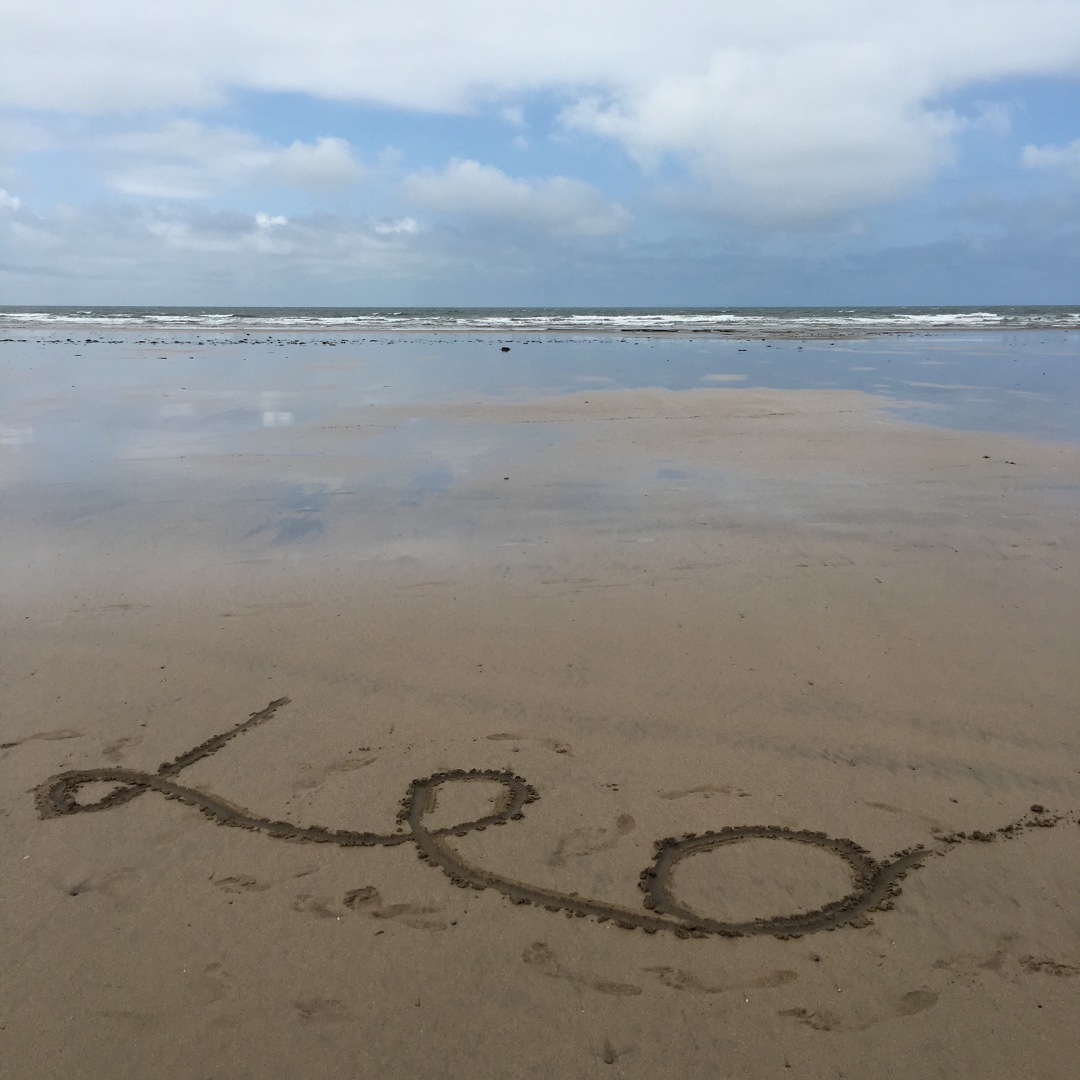 The problem with the notion of escaping reality is that is a load of bollocks. Reality can’t actually be escaped. Wherever we go, Leo died. We don’t hit the border of Oxfordshire and drive into a parallel life. If we did, I’d have bloody moved house months ago. We can’t check in to a holiday and stop grieving. Why are holidays meant to make things better? “Enforced Fun for Grieving Adults” sounds like the next new Saga holiday package. 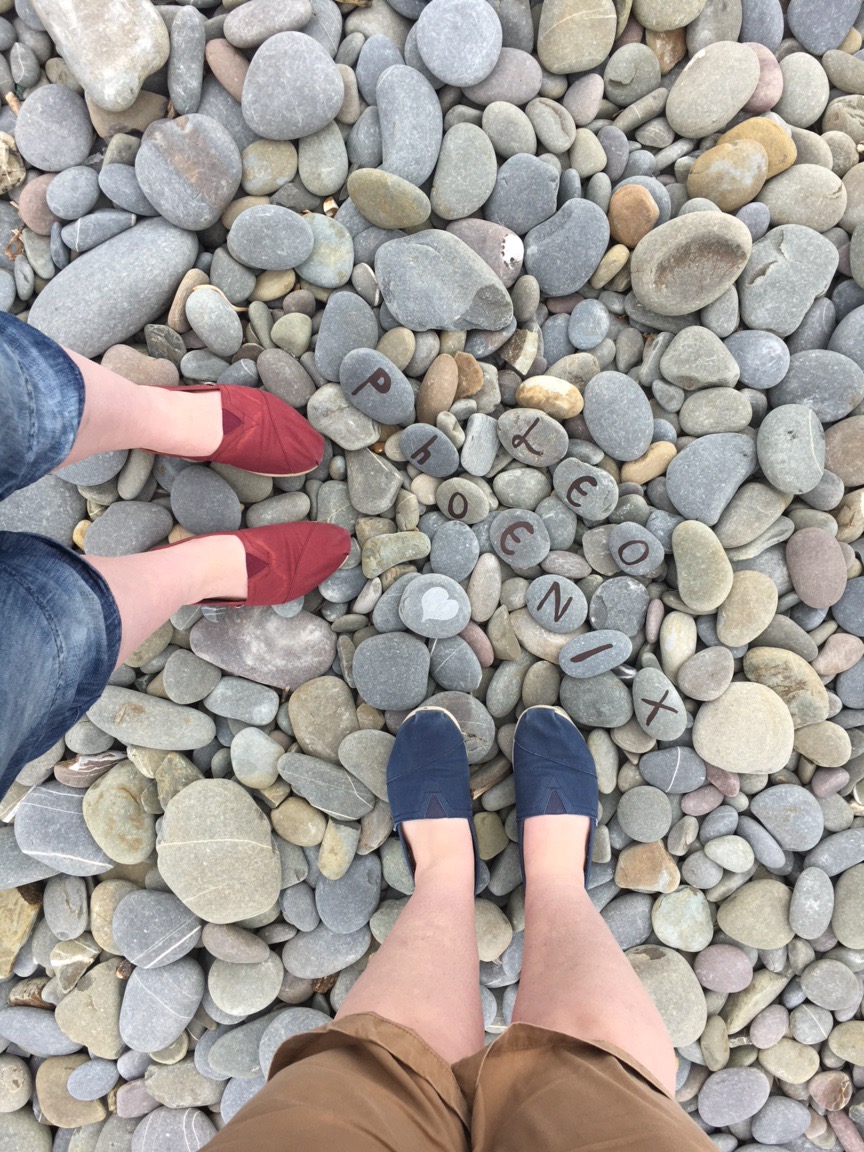 We did enjoy ourselves this weekend. We made memories. And we made Leo apart of it – as we do everything these days. It’s just that enjoyment is a funny old game. Essentially, we have become Oscar winning actors in the incredibly depressing film of life after stillbirth. We even got the cinematography Oscar too, because, well we make enjoyment even look faultless. It not a conscious fakery. It’s a quickly grown habit. And it doesn’t take much to make us realise how good we are.

This weekend, we travelled nearly 200 miles from home. In the process, we virtually went back in time.

Whilst having a cream tea, looking out to the sea off the Devon coast, I grabbed a bit of 3G to send some of our now mum-friends pictures of their babies names in the sand. I still feel guilty that I couldn’t do more names. There just wasn’t enough dry sand for them all.

Anyway, whilst there I recognised this woman. Now, I’m useless at this game – The Wife is lucky that I recognise her some days. A few minutes later, a couple (the other half of this woman I recognised) walk into the cafe with a buggy. I was more interested in the buggy. Still with car seat, a newborn. Inhale. Exhale. The Wife comments that she recognises the man. I looked at him, still useless, figure maybe it was someone famous (flashbacks to when The Wife saw Nicholas Cage in Glastonbury – the village, not the festival). But no, 200 miles away from home on a random weekend in June, a couple from our antenatal classes decide to use the same little cafe in the same little seaside Devon town that we are in. Fuck you, universe. This is our post-stillbirth escape from reality. They got to keep their baby. At least give us this. Give us one moment.

You see, trying to disappear from reality is pointless. Reality is always there. Sometimes, in fucking technicolor. Your would-be should-be life, smack bang infront of you in 4D.

Thank the world for sunglasses.

Whilst this is an extreme – this is a regular occurance. I can just about breathe in and breathe out the countless babies and pushchairs in the world. It’s made easier by babies tending to not be pushed around with their age, name or whatever else plastered to them. I can therefore distance that reality from my should-be life, to a degree anyway. But there are a good handful of Leo’s due date  babies (plus or minus a week or so) that live near us. Or in the house next door. And that’s brutal.

Knowing their ages makes it a game of finding something else shiny to look at. Or pretending to play on your phone that died half an hour ago. Or just shutting the door again, and going out another day. We can be acting that beautiful scene of a glorious, sunny bank holiday weekend when crash, reality. Seeing it, complete with chubby knees and chubby wrists. Bright eyes. Baby giggles.

So, no matter what act we may perfectly play of happiness for our own benefit. Leo is still dead. We didn’t get to dip his toes in the water. We got to bring him back a pebble from the beach for his grave.

There is no world that this is okay.

I do not want lemons.

I really do not want lemonade.

Homemade lemonade is a poor imitation.

I just want my little Leo.

No matter how much we tell reality to fuck off. It’s still there. It’ll always still be there.

It’s not other people’s fault. Technically, it’s no ones fault. If I sound bitter at the couples who got to keep their babies though, it’s because I am. Right this second, I am. I’m not ashamed of that. It’s a choice of being angry and bitter at our would-be parent friends, or eachother.

I wanted to break down a sob on the way to see Leo this afternoon – a fair detour in an already three hour journey back from holiday. But as soon as I get there, it goes. This is my colourful, windmill filled lemonade, and it sucks. 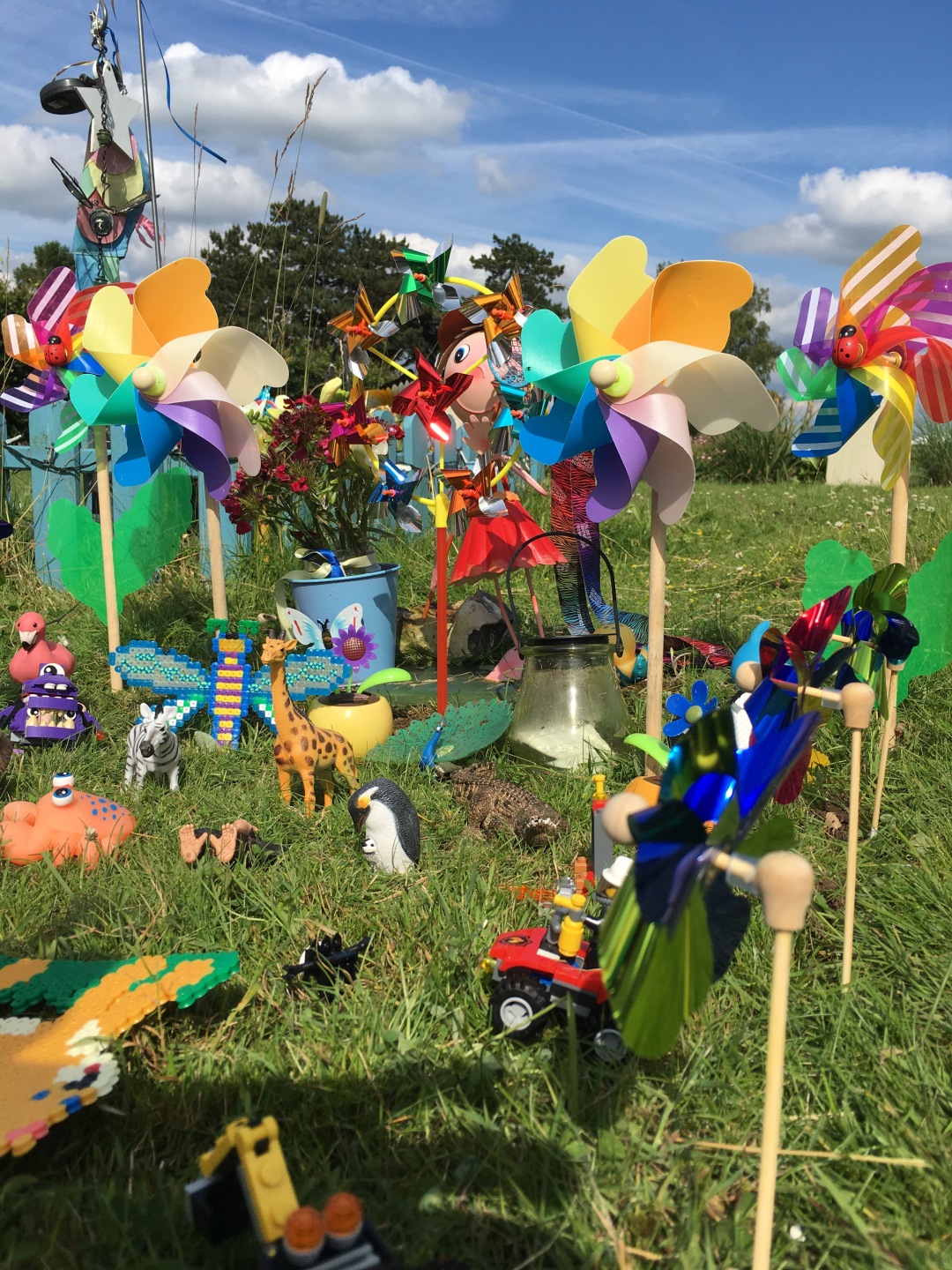 2 thoughts on “When Life Gives You Lemons, but You Hate Lemonade”

Follow The Legacy of Leo on WordPress.com
Join 2,716 other followers